What Is the First Information Report(FIR)? And How To File FIR?

Home / Legal Documents / What Is the First Information Report(FIR)? And How To File FIR? 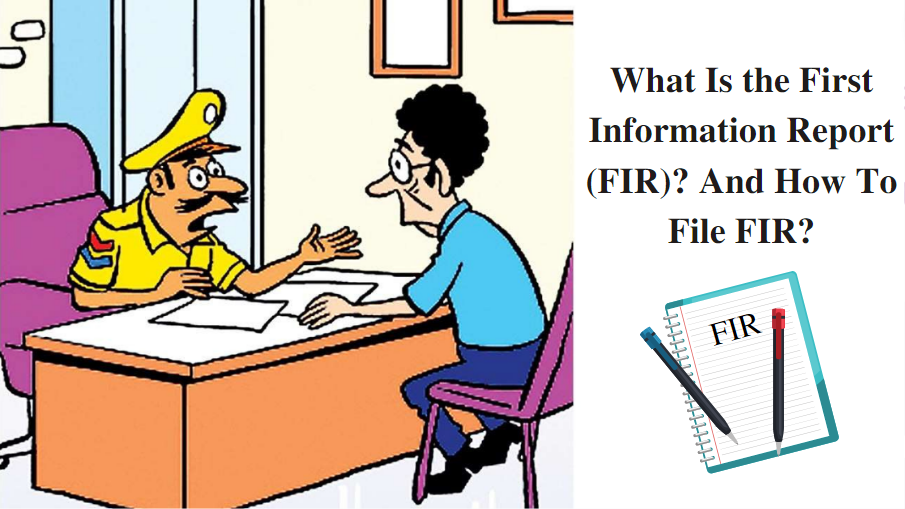 What Is the First Information Report(FIR)? And How To File FIR?

When it comes to criminal law, the FIR is quite important. When the police acquire information concerning the commission of a cognizable offense, they generate a written document called a First Information Report (FIR). It’s termed the First Information Report because it’s a report of information that reaches the police first at that moment in time. It is usually a complaint filed with the police by the victim of a criminal offense or someone acting on his or her behalf. Anybody can report the commission of a cognizable offense to the police, either verbally or in writing. Telephonic communication might also be considered a FIR.

Why Is FIR Important?

An FIR is a critical document since it initiates the criminal justice process. The police begin their investigation of the crime only after the FIR is filed at the police station.

Who Can File An FIR?

What Is The Procedure Of Filing An FIR?

Section 154 of the Criminal Procedure Code of 1973 lays out the steps for filing a FIR.

What Should You Mention In The FIR?

Can The Police Refuse To File My Complaint?

Yes and no. A police officer may refuse to file your complaint if he considers it is a minor matter or if the officer does not have territorial jurisdiction in such instances. In general, crimes are classified as “cognizable” or “non-cognizable.” Section 154(1) of the Code of Criminal Procedure, 1973 clearly points out that an FIR could be registered only in case of cognizable offenses. Cognizable offenses refer to those offenses where the police are permitted to arrest the accused without a warrant. A complaint is filed with the magistrate for non-cognizable offenses, and the magistrate directs the police to investigate.

Murder, rape, rioting, dacoity, and other major crimes are examples of “cognizable” crimes, which are offences that can be arrested without a warrant. A “non-cognizable” crime covers for example cheating, fraud, forgery, bigamy, selling underweight or adulterated food or creating a public nuisance, that is crimes where arrest cannot be made without warrant & such crimes are not of serious matter. The most basic interpretation is that the call to action has a time limit.

After your complaint has been registered, make sure you receive a receipt.

Even if you file a FIR, the police may refuse to investigate your complaint if: If the case is not serious; (ii) the police believe there is insufficient evidence to investigate. The police must, however, keep track of the reasons for not conducting an inquiry and, in the latter instance, alert you. -[Section 157, Criminal Procedure Code, 1973]

The denial by the police officer to file an FIR is considered legal typically in two scenarios, firstly, if the complaint is about an awfully trivial(of little value or importance) issue, or secondly, if that particular police station does not have the territorial jurisdiction of that offense.

The “Zero FIR” is a solution to the refusal to register a FIR based on the second grounds. The concept of a Zero FIR is that if a person is unable to file a FIR in the police station with proper territorial jurisdiction for a specific offense for any reason, he or she may file the same in any other police station in his or her reach, and that police station will later transfer the report to the police station with proper territorial jurisdiction for that offense. Therefore, it would be criminal if the police officer refused to file the report for any inexplicable reason or even without giving a justification. The aggrieved would then have to seek legal redress for their grievance.

Things You Should NOT Do:

What Can You Do If Your FIR Is Not Registered?